Legacy of the Nisei Soldier

On Sunday, November 14, 2010 NJAHS held a Veterans Day event at the Officer's Club of the Presidio entitled "Legacy of the Nisei Soldier". It was a warm and sunny autumn day in the San Francisco Presidio as 160 Nisei veterans, their families and honored guests gathered to commemorate those who have fallen in the service of their country and to honor those who served and are still with us. 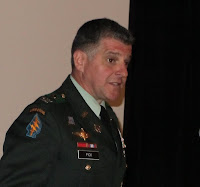 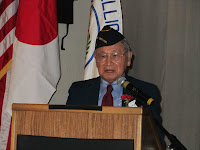 Infantry Battalion, the 442nd Regimental Combat Team and the Military Intelligence Service. It was noted that the Congressional Gold Medal has recently been awarded to the Nisei veterans of those outfits. Special mention was made of the project of the NJAHS, the Presido Trust and the National Park Service to preserve Building 640 in the Presidio, the home of the first language school of the World War II Pacific War which was the training ground for 60 almost all Nisei language interpreters. The important of procuring contributions toward the completion of an interpretive learning center there was made.

Those in attendance were treated to a sumptuous pasta lunch and the afternoon was capped off by the screening of a new DVD version of a film about the Military Intelligence Service by gayle yamada entitled "Uncommon Courage". A good time was had by all on this solemn commemoration which included aging veterans as well as their younger offspring.
Posted by National Japanese American Historical Society during 11:35 AM No comments: 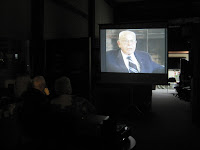 This month's Movie Night at NJAHS was a special tribute to Veterans Day. In honor of this day, the featured film and program highlighted the extraordinary history of the Japanese American Military Intelligence Service. The guest speaker for the program was Cpt. Frank Masuoka USA (Ret.) who was part of this military unit of trained linguists.

The film, Prejudice and Patriotism documented the history of the Japanese American Military Intelligence Service (MIS). During the World War II, the US Army needed Japanese speaking soldiers to help translate and intercept messages from Japan as well as interrogate their Japanese prisoners of war. The MIS consisted mainly of Nisei, second generation Japanese Americans who were either part of the army initially or were recruited from the internment camps. If they came from the internment camps, they were taken out in secret to avoid conflict among the other internees.
The Japanese American recruits trained at the Military Intelligence Service language school (MISLS) in San Francisco, California and later in Savage, Minnesota when the school moved. At this school the Japanese Americans learned to speak Japanese or further increase their skills in the language. They also learned how to interrogate prisoners of war. Due to the Japanese speaking skills of the MIS, they were considered the United States Army's secret weapon against the Japanese. It is because of the MIS that the war was shortened by two years. Even though their contributions to the war were not found out till decades later, their service to the United States did not go underappreciated and they were honored years later. 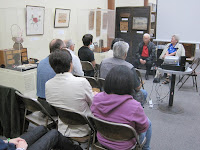 After the film, Cpt. Frank Masuoka USA (Ret.) spoke about his experience in the Japanese American Military Intelligence Service (MIS). Masuoka originally grew up in Sebastopol, California and was relocated to the Amache, Colorado internment camp with his family after the bombing of Pearl Harbor. Matsuoka already had two brothers who were drafted in the army and before he entered the Amache internment camp, Masuoka tried to join the United States army as well. He was denied entrance due to his Japanese ethnicity. In spite of this, at the end of 1942 Masuoka was able to volunteer to join the MIS after he passed the test. He spent six months at the school in Minnesota where he furthered his skills in the Japanese language and was taught to interrogate prisoners of war. 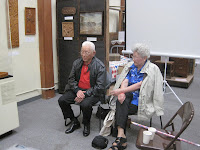 During the war, Masuoka saw three military campaigns: Saipan (Mariana Islands), Leyte (Philippines) and Okinawa (Japan). The Battle of Okinawa is considered one of Masuoka's military highlights. During the Battle of Okinawa, Masuoka and another interpreter entered a strongly fortified cave unarmed. There he was able to convince a Japanese Commander and his remaining forces to surrender after explaining and providing proof that Japan had surrendered. His skills in the Japanese language and knowledge of the Japanese psychology during this event allowed Masuoka to be awarded the Silver Star Medal in November of 1945.
Posted by National Japanese American Historical Society during 3:09 PM No comments: 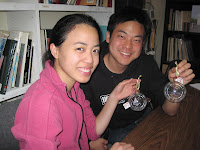 NJAHS held its annual peace crane workshop today, November 6. This workshop involves teaching people how to fold origami cranes, which are made from small squares of folded paper. These cranes are then placed in clear Christmas ornaments adorned with other decorations. Some of these crane ornaments are then sold and the proceeds are used to fund arts and crafts events for children visiting NJAHS. The reason this is titled a "peace" workshop is rooted in the story of a young girl named Sadako.
The story of Sadako and the Thousand Paper Cranes starts in Hiroshima, which was one of two cities that was bombed by America at the end of the second World War. The atomic bombs that were dropped on Hiroshima and Nagasaki had many devastating effects. The destruction they caused to the surrounding area was only one part of the full impact of the bombing. Many people who resided near the bombing zone developed illnesses from the radiation left behind by the bombs. These illnesses were oftentimes terminal. Sadako was one of these many victims. 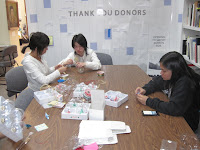 Sadako grew up in Hiroshima in the aftermath of World War II. One day she collapsed while running and was taken to the hospital. Once there, she was diagnosed with leukemia and would spend the rest of her life in a nursing home combating the disease. While there, a fellow patient told her a story, that if she folded one thousand paper cranes she could be granted one wish. Sadako began to fold her thousand cranes everyday in the hopes that one day she could have her one wish, which was to live. As she got weaker she folded less and less, but continued trying. Though Sadako managed to fold only 644 paper cranes before she passed away, her friends and family completed her task. Sadako's thousand cranes were buried along with her.

Today, Sadako is remembered with a statue in Hiroshima, where people come every year to leave cranes. It is their message to the world, a message of peace, so that the events of the bombing and stories like Sadako's will never have to happen again. 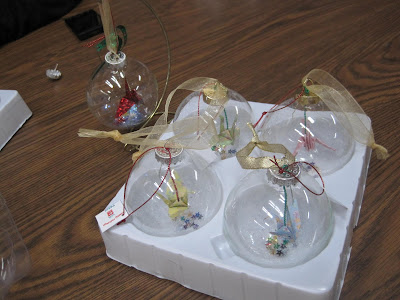